Over 2,500 people marched with Deyika from Piccadilly, through Manchester city centre, to Castlefield on Saturday to oppose fracking, amongst them many local Green Party members and supporters as well as members who travelled from far afield.

Human rights campaigner Bianca Jagger joined the march, alongside the `Nanas' from Lancashire who are on the current front line of fracking, with the Government overruling local democracy to impose permission for fossil fuel company Cuadrilla to begin the controversial industry on their doorstep. 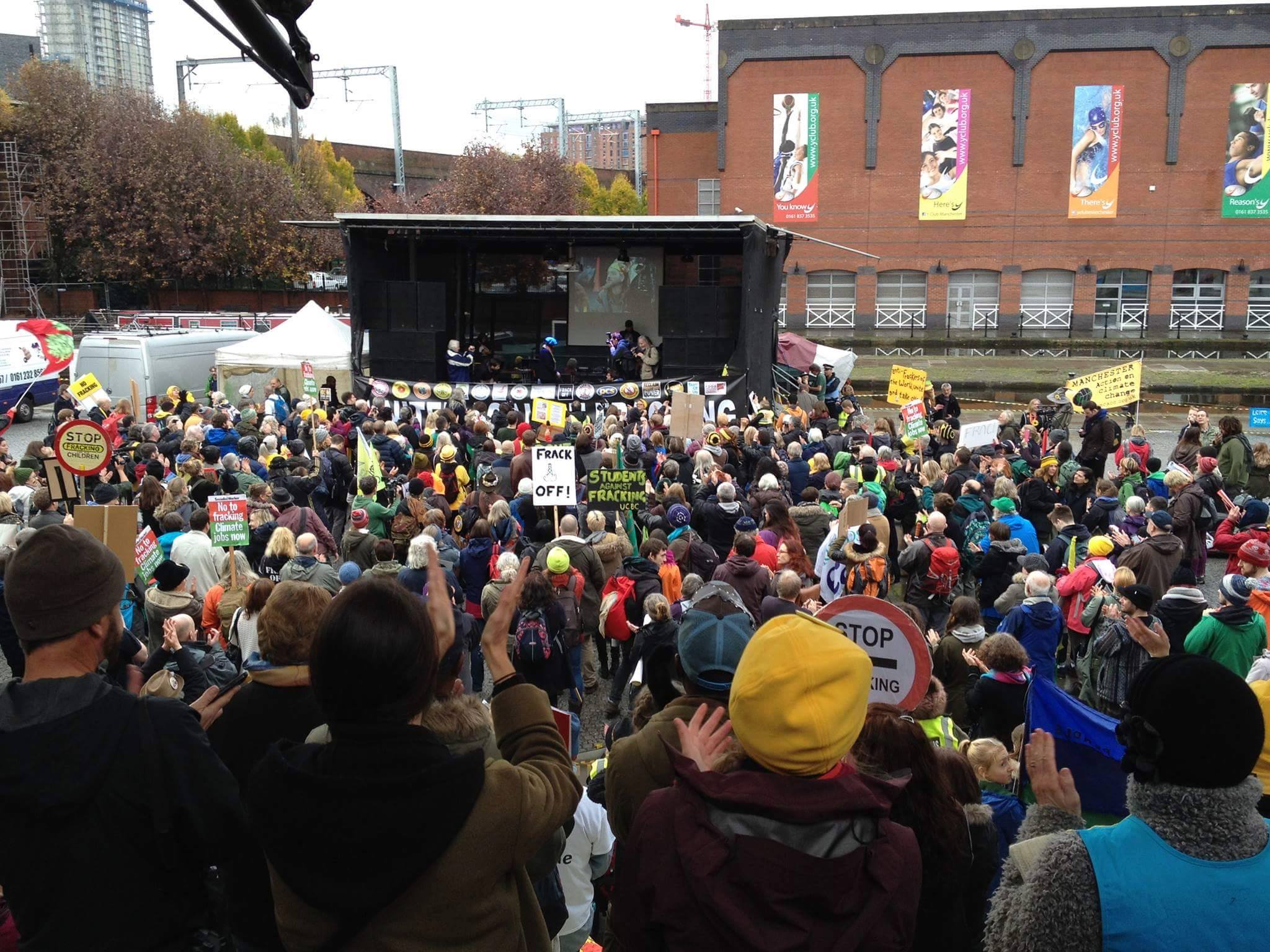 "Thanks - to everyone who has come to speak loud and clear against fracking. Thanks to the amazing organisers who have pulled together this event, they're brilliant.

Thanks also to the media who are going to report the enormity of what’s at stake here. And thanks in advance that they are going to give the fracking industry the robust scrutiny it deserves.
There are many great speakers here today, I’m just going to concentrate on a few points.

To be topical, there has been a lot happening in America. We need to make sure that no matter who is President of the United States, whoever is in Number 10 for that matter - the shale gas industry is not allowed to hoodwink the public into believing that fracking is any kind of part of an energy strategy for the future. We also need ensure that the democratic voice of the people in Lancashire is respected.

We also need to remember that YOU are part of the long line of activists from all around the world, protecting Earth, air and the water against degradation. Barton Moss, Balcombe, Roseacre Wood, the South Africa Wild Coast, the XL pipeline, North Dakota.

These Green issues are everyone’s issues.

You might not be aware of it but you are in the heart of the Northern Powerhouse, historical birthplace of the industrial revolution. The Green Party vision, my vision, for a northern powerhouse - is one powered by clean, green, renewable energy, produced here in the north and which creates more jobs per pound invested than shale gas ever can; clean energy powered by its people, its wind, waves and sun. Well daylight if not sun!

And to close, we absolutely we need to remember WHY we are for these things and against fracking.

We know what's coming, the facts are there and the science doesn’t negotiate.

So we respect the facts. We fight the fossil fuel industry. And we build a green future.

Because our lives depend on it." 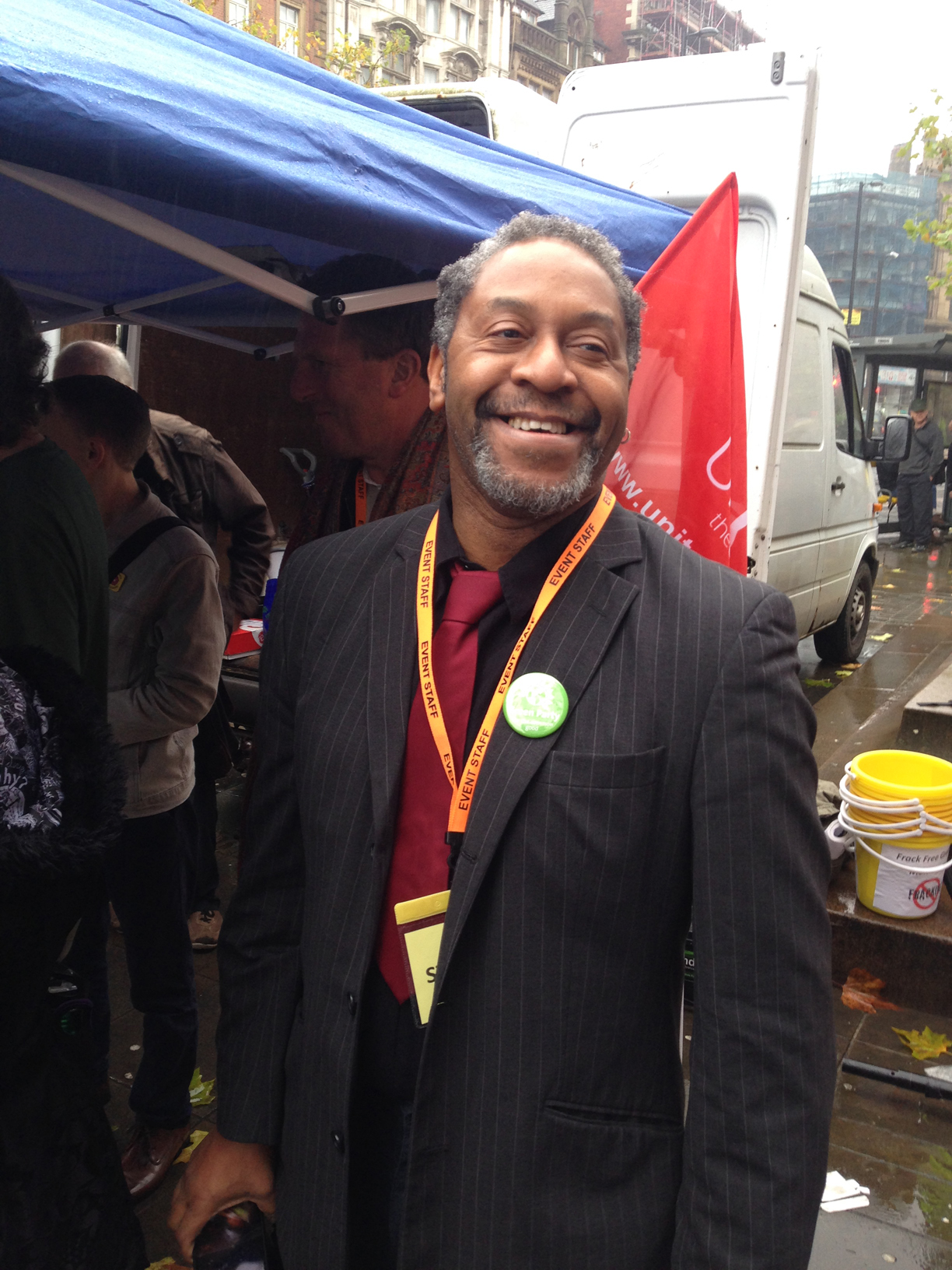 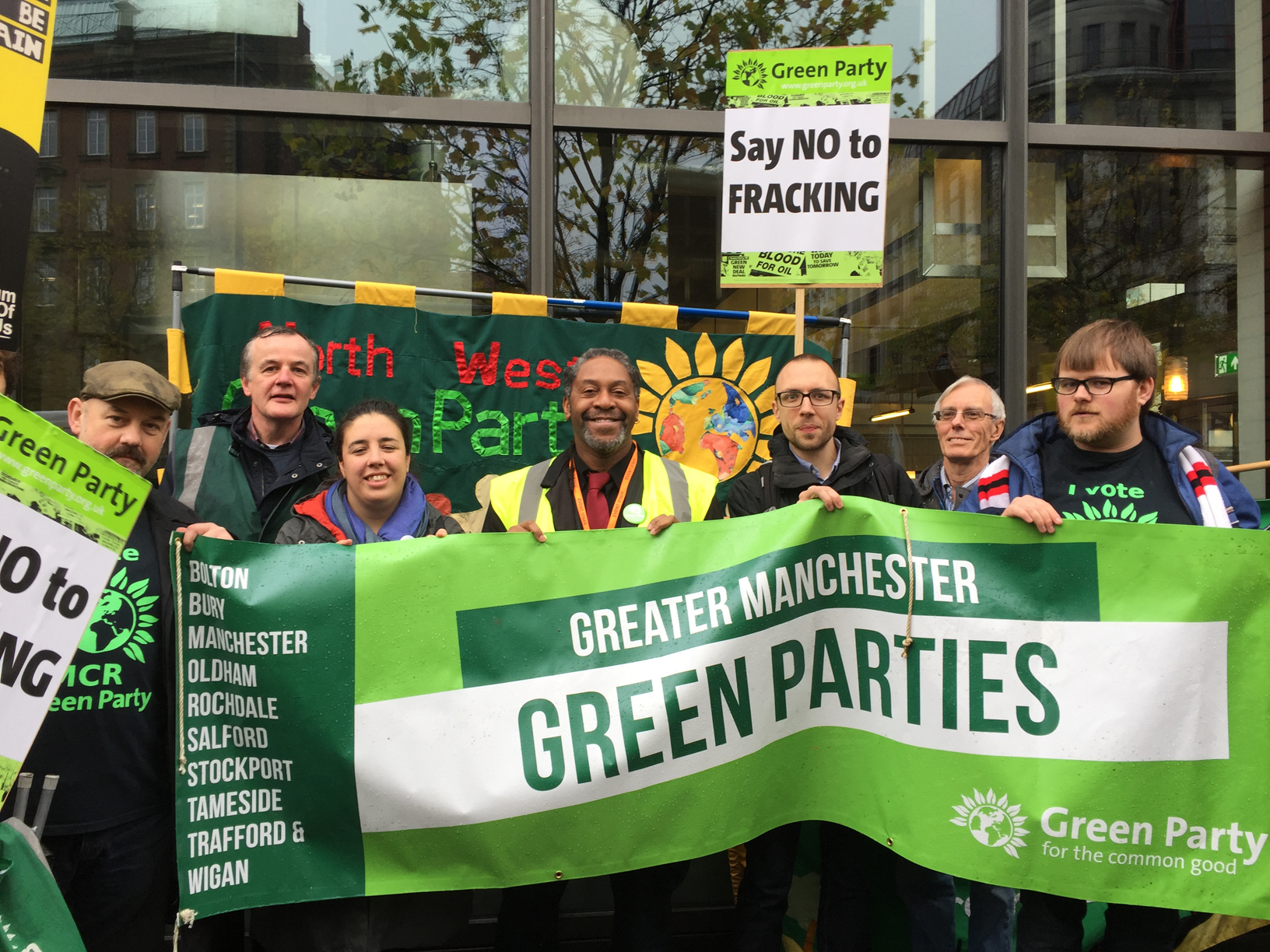