Jonathan Bartley, Co-Leader of the Green Party of England and Wales, visited Altrincham this week to add his voice to local calls to radically scale back a controversial new housing development.

Meeting a group of around 30 local residents, Bartley heard about plans to develop the Bridgewater and Wharf Road area. The site is being targeted by developers who are hoping to build around 170 apartments in two separate developments that are both due to go to Trafford Council's planning committee on the 12th of April. 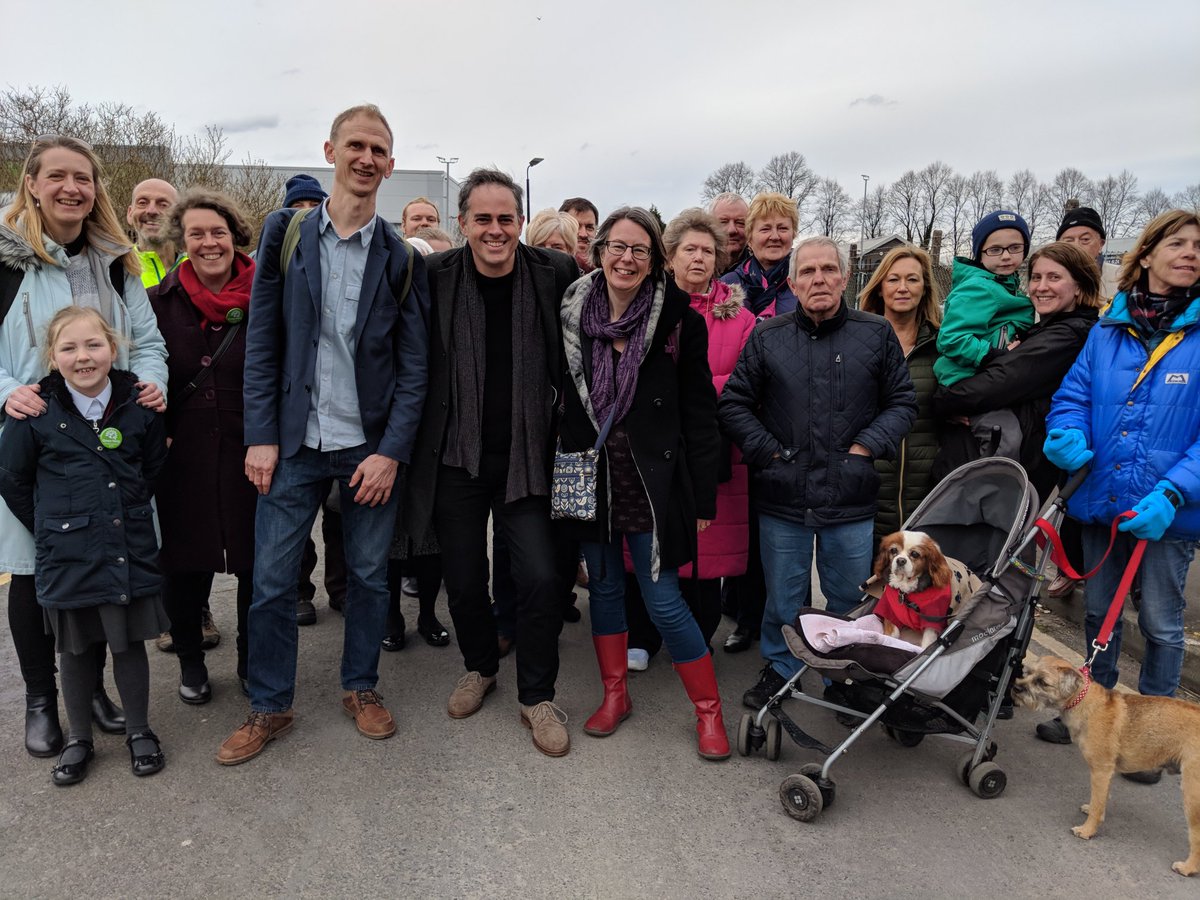 Geraldine Coggins, Green Party candidate for Altrincham said: “These developers see houses as investments for landlords, rather than homes for families. This means they focus on the profits that can be made, rather than dealing with the real need for decent, affordable homes in the area. The people who live here love this area, they deserve a council that listens to their concerns and stands up to big developers.”

Bridgewater and Wharf Roads are already heavily congested leading to concerns for safety. However, the new plans include no improvements to existing public transport or active transport arrangements. Whilst close to the metrolink, at peak times, many trams are already full by the time they reach Navigation Road.

Dan Jerrome, also a Green Party candidate for Altrincham said: “These plans will lead to even more traffic jams and air pollution. I know these residents and they are angry at what is happening to their community. Local services like roads, trams and drains will be completely overwhelmed by such a huge number of new apartments in such a small area.”

Speaking in Altrincham to launch Geraldine Coggins’ and Dan Jerrome’s campaign for the local elections on the 3rd of May, Jonathan Bartley said:

“It was great to meet so many residents and hear about the work Geraldine and Dan have been doing to support them. This scale of development is completely wrong for such a small area and Trafford Council needs to listen to the people who really care about their community.

The Green Party doesn’t yet have a voice on the council but, having come second here in the last Council elections, it looks like Geraldine and Dan could make history here in May. The residents I met today know Dan and Geraldine and appreciate the hard work they do. They don’t want councillors who only turn up at election time, they want representatives who work hard all year round.”