* Jonathan Bartley: “This will be our biggest ever local election campaign - and I’ve never seen Greens so ready to win.”

* Sian Berry: “Green councillors will always work to put land in the hands of communities who know best.”

The Green Party promise to give local communities the first say on how land in their area is used as it launches its biggest ever local election campaign today.

Sian Berry, co-leader of the Green Party, will pledge to give communities the first chance to buy local land that comes up for sale by extending Scotland’s Community Right to Buy policy [1] to England and Wales.

Greens “believe local decisions should be made by the communities that know them best” and that Community Right to Buy would “help bring land back into use where it is being neglected and hoarded by people who are hanging on for profits”.

The Green Party will also pledge to give communities and councils the power to stop landowners sitting on or neglecting land by following Scotland’s lead and introducing Compulsory Sale Orders [2], enabling abandoned land to be brought back into community ownership.

Berry will make the promises at the launch of the Green Party’s local election campaign in Trafford [3], where Greens have helped the local community save playing fields from being turned into unaffordable housing that wouldn’t meet the community's needs. 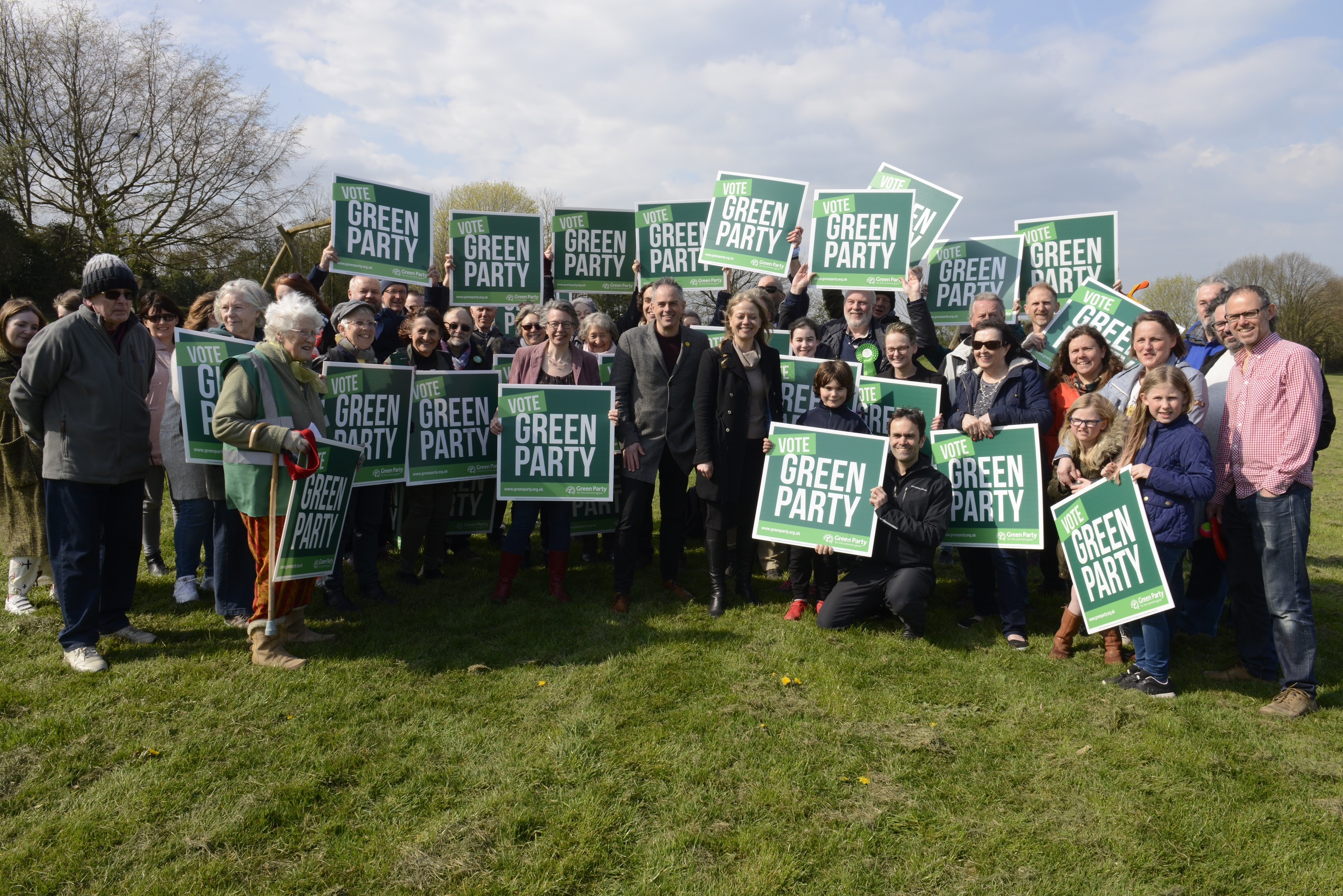 The Green Party is this year fighting its biggest, strongest local election campaign ever with 2595 candidates standing for election across the country, as the party works towards its ambition to have a Green on every council.

“Local action to protect our green spaces is at the core of Green Party values. Our councillors will always support groups like the one here at Cow Field. We are fighting to save a place where people of all ages come together to play games, walk the dog or just take time out to relax in nature.

“Green space brings communities closer together and we will work to ensure that the community in Altrincham can have their say on how local land is used.”

“The Government has failed local communities. While Westminster crumbles and the political establishment tears itself apart, ordinary people are paying the price. Local services have been decimated and the most vulnerable worst affected.

“Up and down England and Wales local Greens are filling the gap. While Conservative and Labour candidates are getting doors slammed on them, more and more people are seeing that Green councillors work in and with communities to win the change they need.

“This will be our biggest ever local election campaign - and I’ve never seen Greens this ready to win and take us one step closer to having a Green on every council.”

“Across the country local Green councillors are empowering local communities, like here in Altrincham where Greens and the community saved children’s playing fields from being turned into unaffordable housing.

“The Green Party believes local decisions should always be made by the communities who know their needs best, and that communities should get first say on how local land is used. That’s why today we promise to give communities the right to buy any land up for sale, as well as the power to force landowners to sell neglected brownfield land.

“Green councillors will always help bring land back into use where it is being neglected and hoarded by people who are hanging on for profits - and in the hands of community groups, and parish and town councils who will use them for the common good.”